Chrysalide: Better than to escape this world, change it. 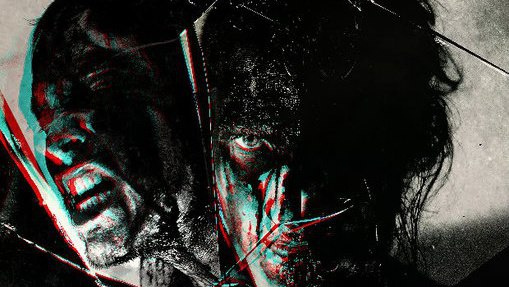 Ponor do světa francouzských elektronických revolucionářů. This interview is also available in English.

Syco: Voltaire, Nietzsche, and P.K Dick...and many others. I 'm jumping deeply in Shakespear and Moliére since few weeks. I prefer to invite people to conquer the great knowledge than to invite them to follow the “leaders”. The words are much more interesting than the writers.

Arco : Hermann Hesse, Mark Z. Danielewski, Jack London, Walt Whitman, Ray Bradbury, Hakim Bey, Nietzsche, Noam Chomsky.. I think it is important to have a lot of different sources of inspiration to build your own opinion.

SANCTUARY.CZ: ALL DEMONS IS ALL ABOUT WHEN THE PARTY IS OVER AND YOU HAVE TO GO BACK TO THE MUNDANE EVERYDAY LIFE EVERYONE LIVES, SO WHAT IS THE GREATEST PARTY YOU HAVE EVER HAD AND JUST HOW MUCH OF IT CAN YOU REMEMBER?

Syco: This question is really too hard. We made so much parties before and tons of them were awesome. And we definitely don't do party as we made it younger. Feel free and enjoy the moment, are the only rules to do a great party.

Arco : So many. That's one of the best part of our job. We met so many great people on the road. It gives us a lot of energy. Unfortunately, i cannot to remember everything.

SANCTUARY.CZ: YOUR MUSIC ON SOME ASPECTS IS VERY POLITICAL, WHAT ARE YOUR VIEWS ON WORLD POLITICS AT THE MOMENT. DO YOU THINK THE EU IS ON THE VERGE OF COLLAPSE AS SOME PEOPLE THINK?

Syco: We gave the keys of the car to a blind driver. What would we expect?  I'm not pessimistic, I'm not optimistic, I'm just dramatical. Any war will save the world, only education and knowledge can.

SANCTUARY.CZ: WHY DO YOU THINK YOUR MUSIC IS RECEIVED BETTER IN THE CZECH REPUBLIC BETTER THAN IT IS IN YOUR NATIVE FRANCE?

Syco: France is not a “music country”. Our culture is more based on books than on independent music movements. And secondly, France is a tin country. People love to do parties, to go out in pubs and clubs. Our more famous artists are DJ or electro producers. But actually we have some fans also in France :-)

Arco : Maybe there's more "appropriate" venues in Czech Republic. And maybe your government is more tolerant with its youth. It seems like there is a place here to express yourself.

SANCTUARY.CZ: FOR YOU ENGLISH IS A LANGUAGE THAT YOU FEEL IS MORE MUSICAL AND EASIER TO MANIPULATE THAN FRENCH, WHY DO YO FEEL ENGLISH IS MORE SUITED TO INDUSTRIAL OVER FRENCH?

Syco: I think that French is like a folk guitar and English like an electric guitar. The two languages express different feelings in their sound. And we mostly use English because it's an international language.

Arco : One of our main goal is to be explicit and understandable. English seems more appropriate I guess to have a sort of a international visibility. And to be honest, I've learnt music with English lyrics. It definitely sounds more "yeah". SANCTUARY.CZ: ARCO, YOU HAVE NO TELEVISION AT HOME.  THE TELEVISION IS A COMMON THING IN EVERY LIVING ROOM, WHY DO YOU CHOOSE NOT TO HAVE ONE?

Arco: Because I believe it is a real waste of time. Very stressful box, full of manipulation intentions. Best weapon of control ever made. I heard so many people that complain about TV programs. And the solution is very simple : just throw it away. People need to talk together. Watch a movie in a cinema. It is better for attention. You won't over consume some. And you will probably remember it.

SANCTUARY.CZ: YOU PLAY A BIT IN PRAGUE, PEOPLE SAY PRAGUE IS THE CROWN JEWELS OF EUROPE AND I AGREE WITH THAT WHOLE HEARTEDLY. ITS SUCH A FASCINATING CITY WITH A VERY MUCH GROWING SCENE. ON A PERSONAL LEVEL WHAT DO YOU FEEL IS THE HEART AND SOUL OF PRAGUE NOW YOU HAVE EXPERIENCED THE CITY A FEW TIMES?

Syco: Prague, like Berlin was before, is a kind of free city. Prague is full of liberty and culture. It's still a cheap city compared to Paris or London. Maybe it's because more than the cities I quoted, Prague knows the price of this freedom.

SANCTUARY.CZ: YOU DESCRIBE YOUR LIVE SHOWS AS INTENSE, DIRTY, DANGEROUS, VIOLENT, ANIMALISTIC AND ROMANTIC. HOW DO YOU FIND ROMANCE IN THE VIOLENCE AND DANGER ASPECTS YOU PORTRAY LIVE ON STAGE?

Syco: Interesting question. Do you think there is no violence in love? Actually I think there is a lot. To show the anger and the violence on stage we need to open our sensivity. It's a primal way to be romantic I guess.

Arco : Absolutely. Love and war are two different side of the same coin. But it can be dangerous. You never know what could happen.

Chrysalide – Anger is a show

SANCTUARY.CZ: WE ALL WANT TO BE INSPIRED TO CREATE AND ON SOME PARTS JUST TO CONTINUE. I FIND QUOTES AS VERY INSPIRATIONAL IN MY PERSONAL LIFE, WHEN YOU HAVE NO ENERGY OR GET UP AND GO THERE IS ALWAYS SOMEONE WHO HAS ALREADY INSPIRED YOU TO DO MORE. WHAT IS THE MOST INSPIRING QUOTE YOU HAVE EVER HEARD AND HOW DOES IT INSPIRE YOU?

Syco: Since I'm 6 years old, I read very often the Kipling poem “If”. Just read it.

Arco : Same for me. That poem was in our room when we were children. It is about rising in the opposites. Accepting conflict. And also adapting yourself without forget who you are. For now, my favourite quote is "Survive now, cry later."

SANCTUARY.CZ: YOUR MUSIC IS UNCLUTTERED AND WITHOUT OVERDOING IT YOU MANAGE TO DELIVER THE TRUE MEANING AND EMOTION OF THE TRACK PERFECTLY. WHY DID YOU TAKE THE MINIMALISTIC APPROACH KEEPING YOUR MUSIC RAW AND AS POWERFUL AS IT IS WHEN SOME BANDS USE EFFECT AND ADD ONS ESPECIALLY ONES WITHIN THE INDUSTRIAL GENRE?

Syco: This album is special. It's an important step in the band life. We needed it in our discography. We wanted to show us and to spread our message without any articifice. I think nuances is one of the keys of emotion.

Arco : I believe we can express something very strong with very simple elements. I do not want to hide or justify my self behind some irrelevant details. Today, i think it is a real challenge to just go to what's essential. This world is too messy right now. We do not need to be cryptic.

SANCTUARY.CZ: IF WE WANT TO UNPLUG OURSELVES FROM SOCIETY AND ESCAPE THE RAT RACE FOR A WHILE THEN HOW WOULD YOU SUGGEST WE DO IT?

Syco: Better than to escape this world, change it. Every acts is changing it.

Arco : We live in a toxic world. Most of us are dependent to so many things. Phone, TV, cars, information, junk food, money.. What to say to a drug addicted? Do you need help? Are you happy? Maybe try another perspective. Being bored sometimes is good to let your mind (re)build itself. Just try meditation, walk or run and try to see the world from another perspective. And take care, we're all in this together. We need every single dominos for the game.

SANCTUARY.CZ: YOU SAID PERSONAL REVOLUTION WAS AN ENDLESS ROAD BUT YET EVERYTHING I LIFE AT SOME POINT COMES TO AN END, SO DID THAT ROAD END OR DID IT EVOLVE?

Syco: I suppose that death is the only end of the personal revolution road...

Arco: It does not matter how slowly you go as long as you do not stop.

SANCTUARY.CZ: ANY LAST WORDS FOR THIS INTERVIEW?

Thanks and love to all the people who daily support us. 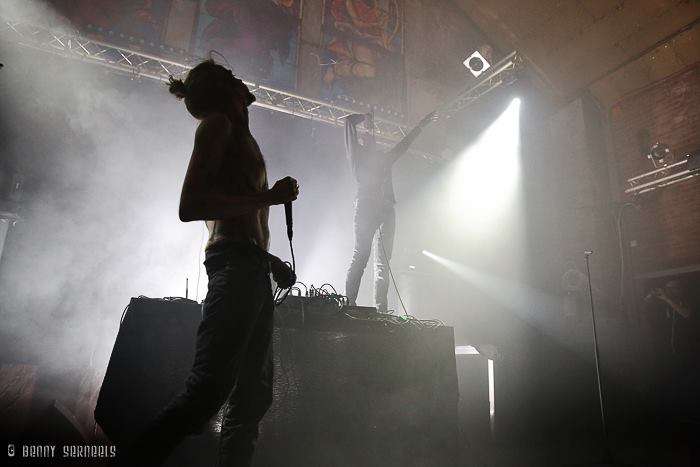