ONE OF THE FEW, PRAGUE GOTHIC TREFFEN REFUSES TO SURRENDER TO COVID 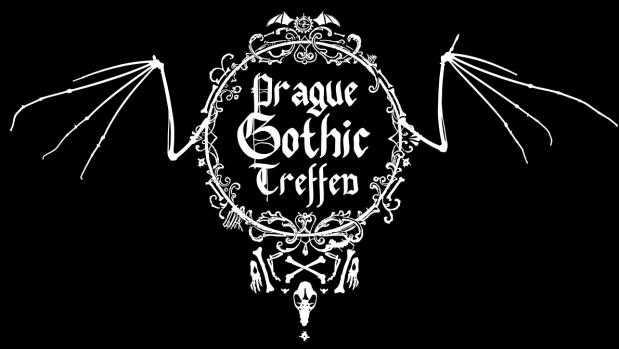 See the full lineup of the 15th anniversary of the biggest goth meeting around that will spread its bat wings over Prague on the 28th and 29th of August. With Clan Of Xymox, Frank The Baptist, Tyske Ludder, Isolated Youth, Hørd, and many others.

Let's agree that 2020 has been a scam so far. And it's been truly sad to watch most of the traditional goth festivals cancel this year's edition. All those eagerly awaited opportunities to meet with friends from all over the world, dance, and have fun at the greatest music events, are not happening this year. We know you hate it; we couldn't stand the idea of not getting together too. Which is why we are determined to keep the Prague Gothic Treffen alive despite all odds.

As always, there will be two nights worth of fun taking place in three clubs at Smíchov district. What’s in it for you? Eight bands (both international and local, picked from our newly released compilation 'Dark Tunes From Czech & Slovak Caves vol.II' that can be downloaded here for free). The live acts will be accompanied by an eclectic selection of DJs. And of course, our traditional goth picnic.

Friday night will be happening in two clubs laying right over the street, the Prostor Země and the nearby Underdogs' Ballroom & Bar. Here you’ll hear the Slovak new-wave / electropunk act Love My Science brought by the singer / songwriter of once very popular band Hysteric Helen. Then Prostor Země will belong to French darkwave / synth-wave formation Hørd, infused with a significant dose of EBM, techno, and fantasy soundtracks. PGT will be one of the first places where you can hear the songs from their new album "Bodies" live. How cool is that?

At Underdogs' Ballroom & Bar you can enjoy the show of a resurrected electro-goth dancing machine Tear from Prague that became dormant for several years. This will be their comeback. Next in the line-up will be the Swedish quartet Isolated Youth. The debut EP "Warfare" (released only last year) sure caught a hell lot of positive attention on the scene. Online magazine CVLT Nation again described Isolated Youth as "one of the six post-punk bands you have to hear right now". And there is a good reason for that.

The headliner spot of the Friday night at Underdogs' is going to be taken by one of the most interesting people connected with American goth-rock guitar sound of the last two decades. Frank The Baptist is rightly one of the biggest names in the world of post-punk and gothic rock since the late ‘90s. They are returning to Prague after a long thirteen years.

Saturday's fun will begin with a traditional afternoon gothic picnic, taking place near the Futurum club as usual. Black clothes, feather fans, drinks, and a great chance to meet both old and new friends with a similarly black heart like you. After that, Futurum Music Bar will open its gates on both stages for you. The smaller DJ stage will be again dedicated to the traditional sound of goth, darkwave, postpunk, and similar genres all night. The main stage will be firstly bewitched by a local pagan-folk formation Nemuer and their newest album "Urðarbrunnr". Then an EBM / electro wake-up call will bring us back. Tyske Ludder will storm Prague for the very first time.

After you pour the sweat out of your boots, there will be time for the most stylish headliner. A dark legend, that helped define the sound of darkwave itself. A band whose origins date back to 1981 and who has been one of the leaders of the whole dark movement throughout its existence. What more can we say than - ladies and gentlemen, the Clan of Xymox will return to Prague again! And then? Dancing till dawn on both stages with our DJs!

But you know… this is not a festival. This is a “treffen”. The bands are not the most important thing about it. It is you. Come and taste the darkly warm atmosphere of togetherness at the largest meeting of this type in central Europe. Feel the passion and unity. Be a part of it. Looking forward to meeting you in Prague! 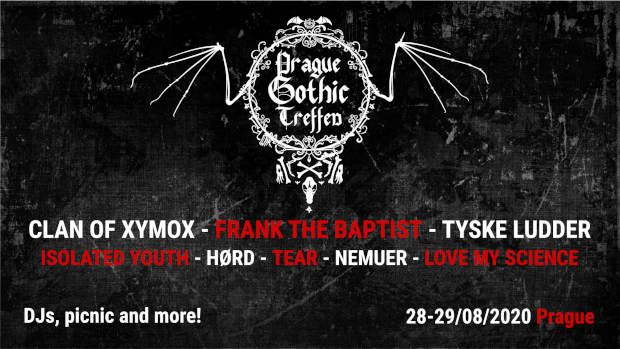