Interview with Jacques Saph of Virgin in Veil and Masquerade 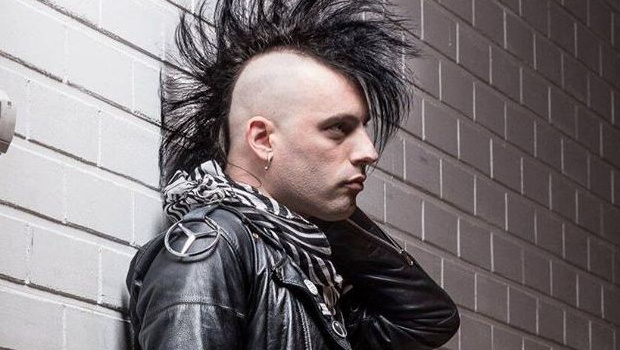 He is active in punk band Secular Plague, postpunk band Masquerade and deathrock band Virgin in Veil (you can also remember him from Sleeping Children). With the two latter he is going to play three shows in the Czech republic so we decided to make an interview with this amazing musician.

SANCTUARY.CZ: HI JACQUES, THX FOR YOUR TIME. YOU ARE VERY ACTIVE MUSICIAN AND YOU PLAY IN LOTS OF BANDS – SO WE WILL TALK ABOUT THEM ONE BY ONE. OUR READERS MAY BE CAPABLE WITH MASQUERADE, WHICJH WERE PLAYING IN PRAGUE IN 2014. CAN YOU PLEASE INTRODUCE THE BAND AND MUSICIANS FOR THOSE, WHO HAVEN’T HEARD OF IT YET?

Jacques Saph: Masquerade has been created in Helsinki, Finland, by singer Suzi Sabotage. They played lots of gigs with various line-ups until I joined last year. Together we played all around Europe, as well as in Russia, USA and Mexico and we are doing the final touches on our first full length album.

YOU JOINED THE BAND IN JANUARY 2015, CAN YOU TELL US SOMETHING ABOUT THE DEPARTURE OF THE FORMER MEMBERS?

Most of them were good musicians and good persons but weren't the best fit for Masquerade. So Suzi decided it was time for them to leave, and replaced them with William Freyermuth on drums, Anton Välimaa on guitar, and myself on bass.

THE BAND RELEASED SOME SINGLES AND EPS, RIGHT NOW YOU ARE PREPARING YOUR FIRST LONG-PLAYED ALBUM. CAN YOU TELL US SOMETHING MORE ABOUT IT? CAN WE EXPECT ANY SURPRISES OR WILL IT BE STANDARD MASQUERADE RECORD?

Yeah, we think the record will be out around late spring or summer. We just finished recording it. It totally sounds like Masquerade but there's a lot of experimentations in it, Suzi wanted to incorporate lots of various music styles into our music. It's definitely not gonna sound like the average post-punk record. We took risks with that one!

LET’S MOVE TO YOUR ANOTHER PROJECT – VIRGIN IN VEIL. CAN YOU EXPLAIN YOUR INTENTIONS TO START SUCH A BAND? HOW DID YOU GET TOGETHER AS A BAND?

At the time i created Virgin in Veil, I was only playing in Secular Plague and missed playing deathrock like crazy. So I started to write some stuff and recorded the demo. I then asked close friends to join, starting by drummer William. Then Anton joined, and finally Suzi, so it has exactly the same line up as Masquerade, which makes it super convenient to play gigs.

YOU RELEASED JUST DEMO AND AN EP, BUT YOU ALSO DID MANY SHOWS THROUGH EUROPE AND EVEN IN US OR MEXICO – JUST WITHIN ONE YEAR OF EXISTENCE. THAT’S PRETTY EXCITING! DO YOU HAVE ANY RECIPE FOR SUCH SUCCESS?

Jacques Saph: Lot of hard work and dedication, I'd say. And also the fact that we are all experienced musicians with many contacts is definitely helping. And we're not afraid of being loud and opinionated. Some people hate it and we have quite a lot of haters, but as well, there's many people who are happy to finally find people who aren't afraid to speak their mind, be loud, bold and authentic.

VIRGIN IN VEIL AND MASQUERADE – TWO DIFFERENT BANDS, SAME PEOPLE. ISN’T IT A LITTLE ANNOYING, WHEN YOU SPEND YO MUCH TIME TOGETHER?

No, it's not, really. First, Suzi and I live together so it's not a new situation for us. And we go along very well with the guys so it's rather cool. I'm definitely happy things are that way. It makes it easier to tour and play gigs, because our two bands consists of just 4 persons.

BOTH BAND OFTEN GO ON TOUR TOGETHER AND YOU MOSTLY PLAY TWO SHOWS DURING ONE EVENING. ISN’T IT TIRING?

Haha, it can be, but whatever. We give the maximum on stage, sometimes we sleep for three days straight once we're back home, haha. But yeah, it's worth it, we love it.

And yeah those covers got censored a lot online, on facebook, youtube, spotify. It's such bullshit: Facebook for example allows European far right parties to have a page and spread their hate, but if an image show a nipple or a cock, it's a no go. Assholes.

Fairy Dust is releasing the record as it is, with the original cover. We previously had offers from labels who wanted to censor the art, and we told them to go fuck themselves. We are not for sale. Take us as we are, or sign another band.

SECULAR PLAGUE – YOUR ANOTHER BAND. YOU DESCRIBE THE MUSIC AS „VEGAN ANARCHO PUNK“. ARE ALL THE MUSICIANS VEGANS?

At the time we started to label ourselves "vegan anarcho punk", we all were vegans or vegetarians. Things have changed a little since my moving to Finland, as veganism isn't as popular as it is in western europe. Right now I'm the only member who doesn't eat animals. But I'm pressuring those guys to finally take the last step as soon as!

ARE YOU SOME KIND OF ACTIVIST? LYRICS OF THE BAND ARE MAINLY POLITICAL, THEY ARE ABOUT REALLY SERIOUS PROBLEMS IN SOCIETY. ARE YOU INTERESTED IN POLITICS AND THINGS, THAT ARE HAPPENING IN THE WORLD?

I used to be more active as an activist. I have to admit that with three bands, I have far less time for militantism. That being said, I'm using the "popularity" of all the bands to help causes we believe in. For example, we played charity gigs for Hunt Saboteurs, gave the profits of shows to refugee centers and Finnish animal rights organization. I will always use my bands as a platform to promote stuff I believe in.

WHO IS COMPOSING THE MUSIC AND WHO IS WRITING THE LYRICS FOR ALL OF YOUR BANDS? ARE YOU PERSONALLY THE MOST ACTIVE OR DO ALL OD THE MEMBERS EQUAL AMOUNT OF WORK?

It depends of the band. In ViV, all music is by me, while lyrics are a common effort with Suzi who is a super talented lyricist. In Masquerade, I have been writing a few songs alone but most of them are team work between myself and the guys. Suzi writes all the lyrics. And Secular Plague has always been myself writing everything, but maybe the other members will start writing as well, I'm definitely not against the idea.

YOU PLAY IN PUNK BAND, POSTPUNK BAND DEATHROCK BAND, YOU PLAY GUITAR AND BASS AND ALSO YOU SING. WHAT ARE YOUR MUSICAL INFLUENCES? WHICH BANDS (OR MUSICIANS) HAD (OR STILL HAVE) THE BIGGEST INFLUENCE ON YOU?

I have a load of influences. But I think the guys who really made me want to be a musician were the Sex Pistols and The Cure, whom I discovered when I was around 15 years old.

DO YOU HAVE ANY OTHER MUSICAL PROJECT OR ARE 3 BANDS ENOUGH?

No, three are enough, for fuck's sake! Haha!

DO YOU HAVE ANY GOAL YOU WANT TO ACHIEVE? BOTH THE SUCCESS RATE AND THE VENUE WHERE YOU WOULD LIKE TO PLAY.

I don't especially have a particular goal, I want people to enjoy my music, but I'm not really after being super succesful. As long as we have fans, it's cool by me. Don't need to be the most popular band ever you know, it's great that people can have a good time with our music.

IS THERE ANY MUSICIAN, WITH WHOM YOU WOULD LIKE TO COOPERATE?

Valor Kand and Robert Smith? Haha, I never really though about that. Basically, any good musician who is a good person as well.

DO YOU HAVE ANY OTHER MUSICAL IDEAS? SOMETHING YOU WOULD LIKE TO DO? OR ARE 3 BANDS ENOUGH?

I have tons of new ideas, so maybe you can expect new projects in the forthcoming years. But for the moment I'm really full with those three.

YOU PLAY IN 3 BANDS, THAT MUST BE VERY TIRING. HOW DO YOU MANAGE IT? WHAT ABOUT YOUR JOB – DO YOU HAVE ENOUGH TIME FOR BANDS?

I'm lucky enough to work from home, so I can manage my time pretty well. I have enough time for both the job and the bands, nothing to complain about that.

WHY DID YOU MOVE FROM PARIS TO FINLAND?

Because I met a super sexy Finnish blond and wanted to be close to her, heh! 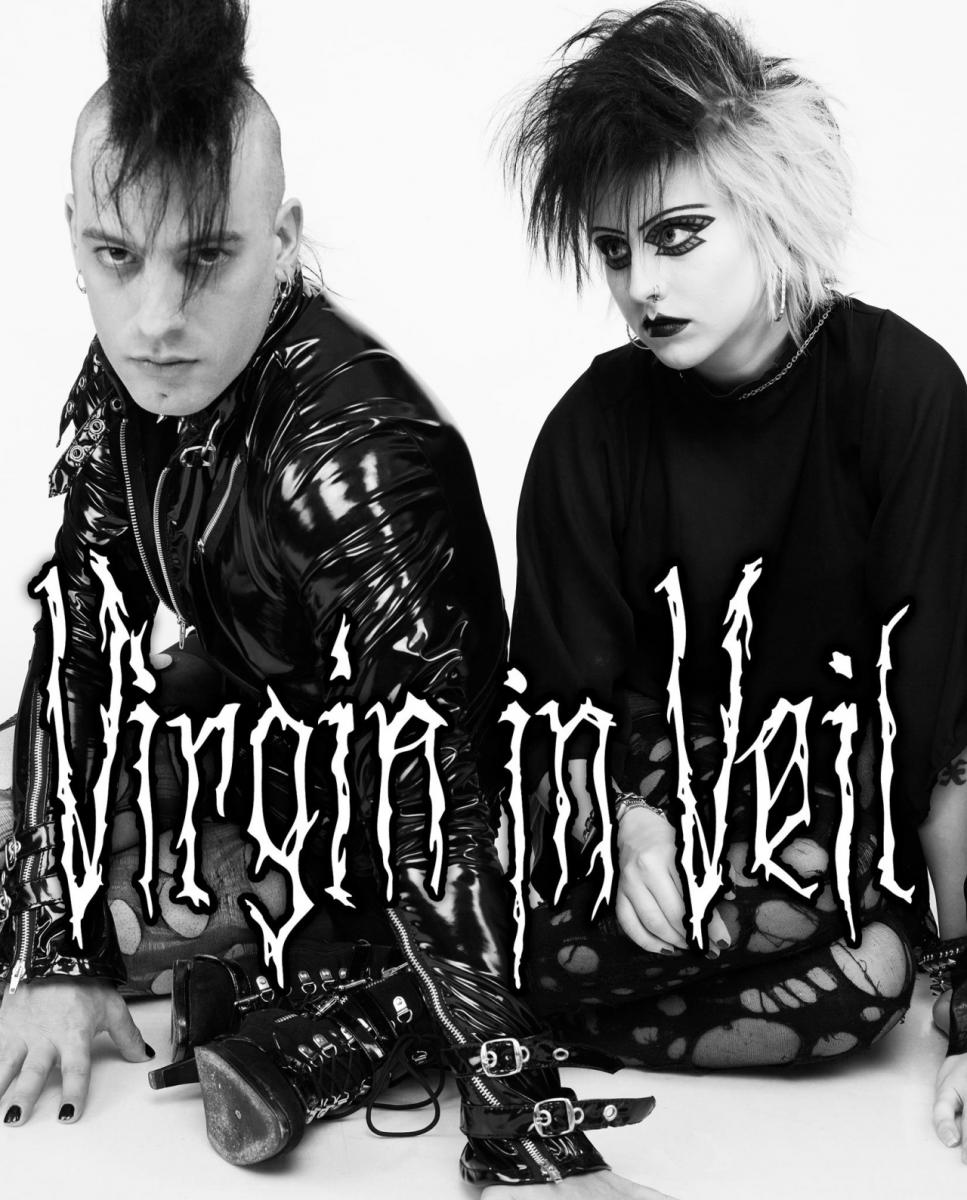 It's not the best country for goth music, but not the worst as well. There's a few good bands, a few okay parties. It could be better as always, but it's not that bad already. Instead of complaining we should try to make it better.

CAN YOU RECOMMEND SOME INTERESTING BANDS FROM YOUR NEIGHBORHOOD?

I really dig one band from Helsinki which is called Fate VS Free Willy.

YOU ARE GOING TO PLAY 3 SHOWS IN THE CZECH REPUBLIC – BOTH AS MASQUERADE AND VIRGIN IN VEIL. WHAT CAN WE EXPECT? ARE THERE ANY DIFFERENCES IN STAGE PRESENTATIONS?

YOUR IMAGE CLASSICAL POST-PUNK AND DEATHROCK. HOW IMPORTANT IS THIS FOR YOU?

Indeed, image is important. Whatever you like it or not, it's important for the audience. People don't go to a deathrock gig to see 4 guys with stained shirts and facial hair. On that point, deathrock is more than music, it's a whole show and I like it that way. That said, our stage appearence isn't very different from our everyday's look, we're not wearing an uniform or something. That would be fake.

HAVE YOU EVER BEEN TO THE CZECH REPUBLIC? ARE YOU LOOKING FORWARD TO THE TOUR? DO YOU HAVE SOME PLACES IN MIND, WHICH YOU WOULD LIKE TO VISIT?

Suzi has been there as she performed with Masquerade in Prague in 2014, before I joined the band. I've never been there, but I'm really looking forward. I always enjoyed Central Europe so I can't wait to vist CZ. And yeah, that bone church looks so cool! I'd love to visit it.

USUAL QUESTION AS THE LAST ONE – IS THERE SOMETHING YOU WOULD LIKE TO SAY TO OUR READERS AND YOUR FANS IN THE CZECH REPUBLIC?

Yeah, have a beer and see you at the gigs of course. 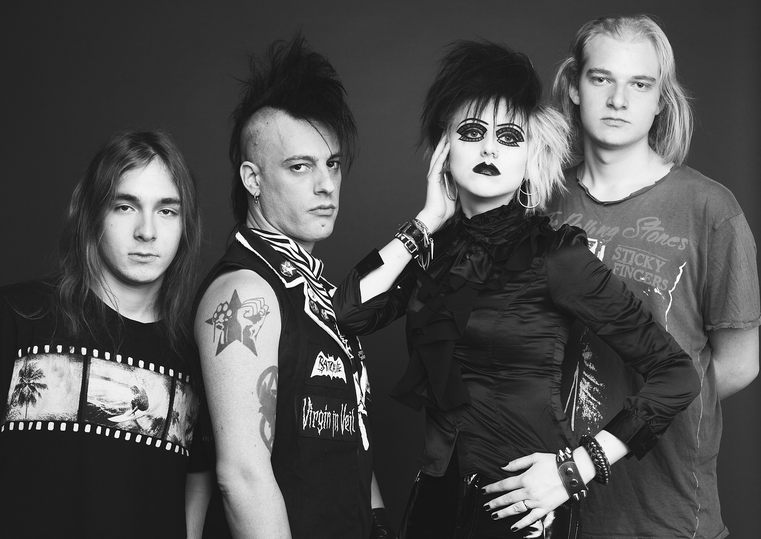